The Style and Sound of Pete Fountain
Dec 07 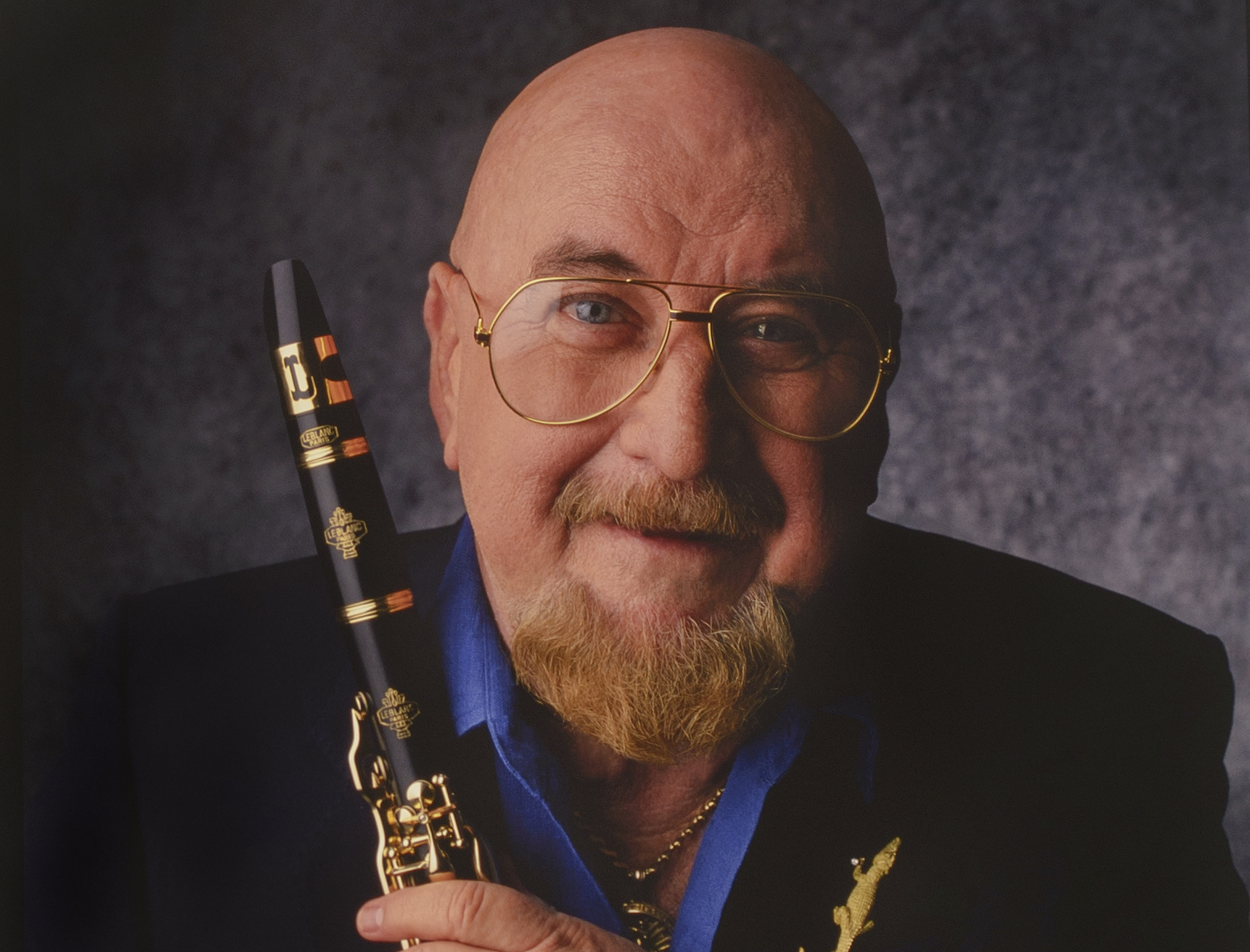 The Style and Sound of Pete Fountain

Originally published in The Clarinet 44/1 (December 2016), this online version contains embedded content. Printed copies of The Clarinet are available for ICA members.

by Gregory A. Harrison Pete Fountain was fond of the large-bore clarinets for their warm sound and because he had been listening to Irving Fazola (Albert System) and Benny Goodman (Selmer large bore). Sidney Forrest also performed on a Series 9* Selmer before moving onto Buffet model clarinets. It did not take long for LeBlanc to notice the incredible Pete Fountain performing nationwide on TV, and they constructed a Pete Fountain model LeBlanc that featured a large bore with six rings, articulated G-sharp key and gold plating.

Pete preferred a crystal clarinet mouthpiece which, unlike in the U.S., was favored by European clarinetists (jazz and classical). Pete’s mouthpiece had the following dimensions:

One time in the mid-1990s, Pete’s mouthpiece tip broke off and he sent me the little pieces from the tip fracture. It was between Christmas and New Year’s when he had a week-long break, which put time pressure on me. I used plumber’s epoxy, and coupled with some larger fragments I reconstructed it better than new. However, I secretly took this opportunity to precisely flatten and polish the mouthpiece table, and refaced some of the rail to restore his numbers but opened the tip up from the original .045 inches to about .047 (1.14 mm). I told no one. I play-tested it with some reeds that I had been making for him over the years and knew his mouthpiece was now much better than before, but I never told him what I actually did because I did not want to spook him with my changes.

Fearing that the epoxy could fail onstage, I also made three more crystal mouthpieces from stock Vandorens that I thought were actually better for him, and jumped a plane and delivered them to his house… all in 72 hours. The look on his face as he play-tested each one was priceless. Suddenly I actually felt “useful.” I made him promise not to perform on the epoxy-repaired mouthpiece but to carry it in his case as a backup in the event the other mouthpiece broke or got lost. He never used it again to my knowledge.

Pete played on a soft reed, the same as Benny Goodman. I made reeds for Pete for many years and his reed was about a 1.75/2.0 using Vandoren strengths as a reference. I used a Vandoren 5 while studying with Sidney Forrest but Pete said I had to make a choice between a hard reed for the legit sound or a softer one that would let me “slide into and out of a note to impart emotion.” Knowing I had Sidney at the other end, I compromised down to a 3 without Sidney knowing it, but used a larger mouthpiece tip.

Pete relied heavily on the six-ring clarinet model. In fact, some of his stellar fast phrases, I submit, simply cannot be performed on a five-ring model. The best example would be in the jazz tune “China Boy” that he recorded on the LP Pete Fountain Day in New Orleans (Coral 57313). This record is one of his very best, and can be heard in the video below. The setup to the difficult portion is at the 32-second mark and Pete’s trick rhythm pattern starts at 0:36 and ends at 0:43. Very fast, clean and impressive at the tempo of quarter = 284 (or cut time at 142). (See the transcription for this below the video.) To see Pete’s fingers using his six-ring clarinet to perform this pattern on yet another tune, “Tiger Rag,” see the video below called “The Lawrence Welk Show: Tiger Rag.” At 1:37 you will hear Pete clearly play high B-flat and start the ending of the song as the camera moves in on his hands. Note well the ease of performing this difficult passage and how smooth he performs it. Nothing to it – right?

The wonderful part of “Tiger Rag” was Pete’s low register solo, which can be heard in its recorded version below. The transcription for this challenging piece of music, including the second solo (starting around 1:20), is provided below the recording for anyone that wants to try to play along. It is a great exercise in rhythm and phrasing to execute this at the tempo Pete uses, and notice that Pete plays the full, nearly four-octave range of the clarinet with ease.

Actually, it was Pete’s performance of “Tiger Rag” – not only on “The Lawrence Welk Show” but also on the Johnny Carson show (where Pete performed 59 times!) and the Ed Sullivan show – that helped pushed him into mainstream music and stardom. During the time period of 1957 through 1959, Pete Fountain swept America with his clarinet sound and his style of music. His clarinet music was all the talk in school hallways and he was just “super cool.” Untold tens of thousands of kids wanted to play the clarinet, including me.

The New Orleans radio station WDSU gave a good accounting of Pete Fountain shortly after his passing which can be viewed here:

An offbeat performance of “Mr. Clarinet Man” that also captures the 1950s USA is below. Notice how well he weaves the clarinet between the vocal parts, never playing over them like so many instrumentalists do.

Gregory Harrison, Ph.D., P.E., is a forensic engineer by day and jazz clarinetist by night. He studied clarinet privately with Sidney Forrest for 17 years and with other teachers during the summers when Sidney was at Interlochen, Michigan. He has known Pete Fountain since 1970, and often hand-made reeds for Pete to perform on. Greg has performed onstage with Pete Fountain many times.