The team of ClarinetFest® 2018 is enthusiastically working to organize an amazing festival in Ostend, Belgium. ClarinetFest® 2018 has something special for everyone, with orchestral and band performances, chamber music, solo recitals, concerts of jazz and klezmer music, lectures and master classes, as well as exhibits featuring leading instrument manufacturers, the latest and greatest clarinet accessories, and more. We have many of the world’s most famous clarinetists performing in the festival – it is difficult to name just a few, so read on to learn more!

Over 1000 clarinetists are going to perform all kinds of music. The first Guido Six International Clarinet Choir Festival will bring many musicians to ClarinetFest®. There is also the possibility for these choirs to play an additional open-air concert in the beautiful city of Ostend.

In addition to 11 orchestras and bands (from Belgium, France and Luxembourg), there is a string quartet in residence and many wonderful pianists who will accompany artists’ recitals. There will be competitions and chamber music, and every day will feature master classes and lectures that are open to all. I am pleased to note that more than 50 new pieces will be premiered at the festival!

ClarinetFest® 2018 will take place in 10 halls in Ostend. A shuttle will tour around all locations from 8:30 a.m. until 6:00 p.m. every 15 minutes. At noon and in the evening, there are concerts in the 2000-seat hall of the Casino of Ostend. Every night, there will be a jazz cafe in the Thermae Palace, where you are invited to perform with the jazz trio if you like, or just listen while enjoying a nice Belgian beverage.

On July 11, the festival closes with the new show of the amazing Les Bons Becs. The ensemble will come specially for ClarinetFest® from the Festival of Avignon, where they perform every day. At 11 p.m., everyone is invited to participate in Handel’s Music for the Royal Fireworks in an arrangement for clarinet choir by the young Severine Sierens. This majestic work will be performed with live fireworks. 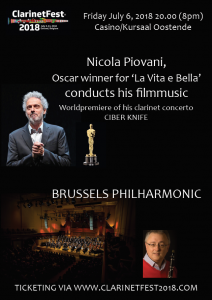 An extra concert will take place on July 6 with maestro Nicola Piovani, the famous composer who won an Oscar for the film music of La Vita è Bella. He conducts the Brussels Philharmonic in a concert of his film music, including the soundtrack of La Vita è Bella, and I will have the honor to premiere his new clarinet concerto Cyber Knife. This concert is not included in the registration fee; tickets can be ordered in the Casino Kursaal. Don’t wait – they will go fast!

Of course you can find all concerts,
master classes, lectures and competitions at
www.ClarinetFest2018.com. 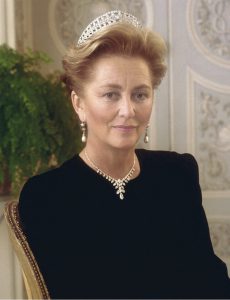 ClarinetFest® 2018 will take place under the High Patronage of H.R.H. Queen Paola.
Photo courtesy of the Cabinet of the Prime Minister; Photo by J.P. Van der Elst

WE LOOK FORWARD TO WELCOMING EVERYONE!!! 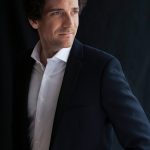 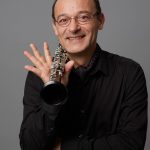 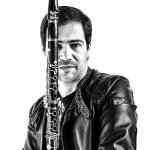 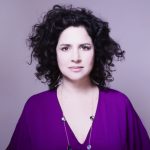 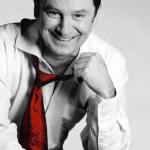 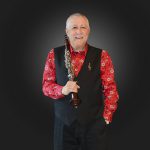 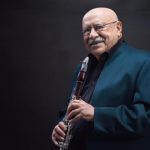 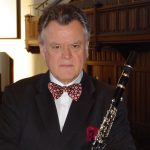 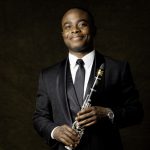