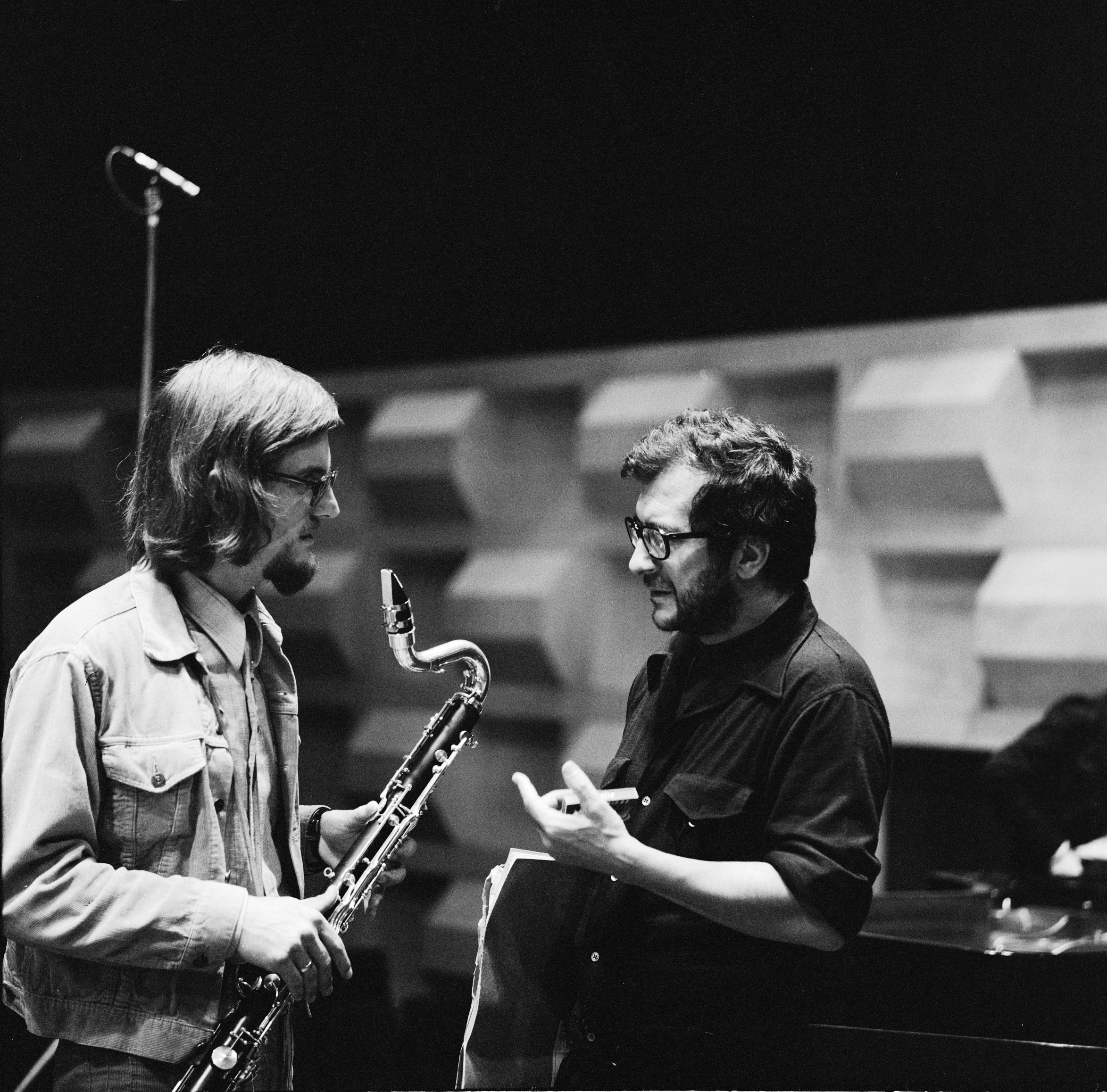 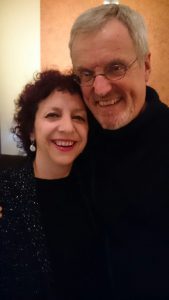 Harry Sparnaay, one of the world’s most influential bass clarinet players, passed away on December 12, 2017. For many years Sparnaay was professor of bass clarinet and contemporary music at the conservatories of Amsterdam and Utrecht (and later at L’Escola Superior de Música de Catalunya in Barcelona) where his unique bass clarinet program attracted students from all over the world. His book The Bass Clarinet: A Personal History was published in 2011 and has become an invaluable resource to bass clarinetists and composers everywhere.

Born in Amsterdam on April 14, 1944, Sparnaay studied clarinet at the Conservatory of Amsterdam with Ru Otto. After graduating, he began to specialize in bass clarinet, and in 1972 he became the first bass clarinetist to win the prestigious Gaudeamus International Interpreters Competition.

Sparnaay was a driving force in the formation of the bass clarinet repertoire through his work with composers and his advocacy of the bass clarinet as a solo and chamber instrument. More than 650 compositions were written for him by composers including Luciano Berio, Franco Donatoni, Morton Feldman, Brian Ferneyhough, Helmut Lachenmann, Iannis Xenakis and Isang Yun.

In addition to solo performances at music festivals all over the world, Sparnaay’s collaborations included the Bass Clarinet Collective (nine bass clarinets, including three contrabass clarinets), the duo Fusion Moderne (with pianist Polo de Haas), the Het Trio (with flutist Harrie Starreveld and pianist René Eckhardt), DoubleAction (with harpsichordist Annelie de Man) and Duo Levent (with his wife, organist Silvia Castillo). Altogether he recorded more than 60 CDs. The Het Trio, for which more than 180 compositions were written, received an Edison Award in 1995 for its recording of works by Dutch composer Ton de Leeuw.

Sparnaay’s talents also extended to composition and conducting. His work Bouwstenen (Building Blocks) for bass clarinet and multiple tape delay
was selected for the ISCM World Music Days
in Denmark.

He conducted the Amsterdam Conservatory’s Ensemble for New Music, and during the International Gaudeamus Music Week he regularly conducted ensembles in works by the youngest generation. 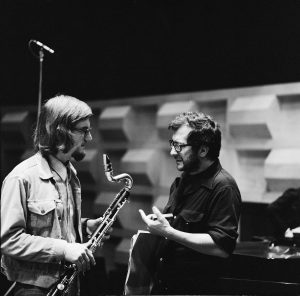 What follows are remembrances of Harry Sparnaay by me; Thomas Aber, principal bass clarinet of the Omaha Symphony Orchestra; Fie Schouten, professor of bass clarinet at the Prince Claus Conservatory Groningen; and Michael Lowenstern, the eclectic bass clarinetist, performer and composer.

In January 2013 I met Harry Sparnaay for the first time at the European Clarinet Festival in Ghent. He immediately impressed me with his pleasantness and humanity. I had a present for him, a bottle of good wine, because he helped to find many scores and other information for the International Bass Clarinet Research Center CIRCB (www.circb.info). He told me several times that he was “very very” happy for the foundation of a website totally dedicated to the bass clarinet, “the emperor” of every instrument, as he always said.

Harry has been a great performer, teacher, mentor and composer, and an inspiring model. I’m strongly convinced that all his work has to be saved, so CIRCB will list and store all his recordings (Harry sent me all of them in the past years) and in the near future I believe that a project for saving Harry’s scores will probably begin.

When I was studying the bass clarinet during the 1970s, the assumption of many teachers and colleagues was that I was simply hoping to have an advantage in the stiff competition for an orchestral clarinet position. The bass clarinet was not really considered a valid instrument in its own right, but was rather an occasionally visiting exotic color with no true home in polite musical society. My solo repertoire consisted almost entirely of transcriptions, and chamber music opportunities were rare. This sums up my musical situation at the end of my years at Juilliard, before I heard about Harry.

Harry Sparnaay changed the world for the bass clarinet, for bass clarinetists, and also for me. Through a unique combination of his own talent, invention, charm and determination, as well as his good fortune of living in a time and culture that was supportive of the arts and artistic innovation, Harry was able bring the bass clarinet in from the periphery to the heart of the modern musical landscape. He opened a gate and at the same time dissolved the barriers which had kept the bass clarinet in a distant obscurity. Harry sought out composers to write music for him. His interpretations and his success in developing new sounds and techniques to play the music he received were so effective that soon composers sought him out. Harry performed tirelessly around the world, opening countless ears to the richness and possibilities of his instrument.

Harry was an exceptionally generous teacher. Our lessons had no set duration, but frequently included coffee and sandwiches before we went back for more. He had a good sense of balance between detail and the big picture in music and he was always helpful in allowing me to find my own picture. His musical equilibrium helped him understand that compositions which seem impossible to play, such as Ferneyhough’s Time and Motion Study, may well have a sense of struggle as their desired intent.

“An iron hand in a silk glove” is an expression Harry used once in passing which sticks in my ear. I think that this is in many ways applicable to him. He was determined and dedicated and he made something beautiful out of what had for long seemed to be nearly nothing, but he was at the same time gracious, charming and generous.

Some of the many memories I have of Harry Sparnaay:

I studied for six years in Amsterdam with Harry Sparnaay. I started with bass clarinet as a secondary subject, and then got my bachelor’s and master’s degrees. We (the bass clarinet class) had fun in doing our student concerts with contemporary pieces, improvisations, chamber music and jazz bands, which were named “Zinderend Laag.” Along with bass clarinet lessons I played a lot of chamber music in my lessons, and also played in the Ensemble for Contemporary Music (with students of the Amsterdam Conservatory led by Harry Sparnaay). Many of my current colleagues (singers and other instrumentalists) have great memories of these projects. At first we thought pieces were impossible to play, but Harry taught us how to find the essence of the piece (practice hard), play the music, and maybe even most important: present the idea of the piece to the public, make it somehow understandable (and fun!). We went once to Cagliari and Harry was concerned that some of us put the sheet music in our suitcase (we had to change in Rome): this was a lesson of what to do and not to do as a traveling musician (especially before the PDF era).

For me Harry was a master in creating a group feeling of “us” bass clarinetists, “us” performers and ambassadors of the music of our time. The fellow students of my first student concert are still among my best friends, and I even married one of them. I think this aspect of his character was a highly valuable one, fostering not only friendships but also a collective feeling of responsibility to continue with the emancipation of the bass clarinet and its music.

Thank you Harry, for your lessons in music, in being a musician, your coaching, your friendship.

Harry taught the way all the greatest mentors do: he stayed far enough ahead of me so I could not see the detail – only the outline of the destination. But he shined just enough light on the path so I could find my own way. When things got hard, the light was brighter. When they got too hard, he shut it off and we went upstairs to the cafe for a coffee. Now that he’s passed the flashlight to the rest of us, we all owe it to our instrument – and to him – to keep pointing it forward.