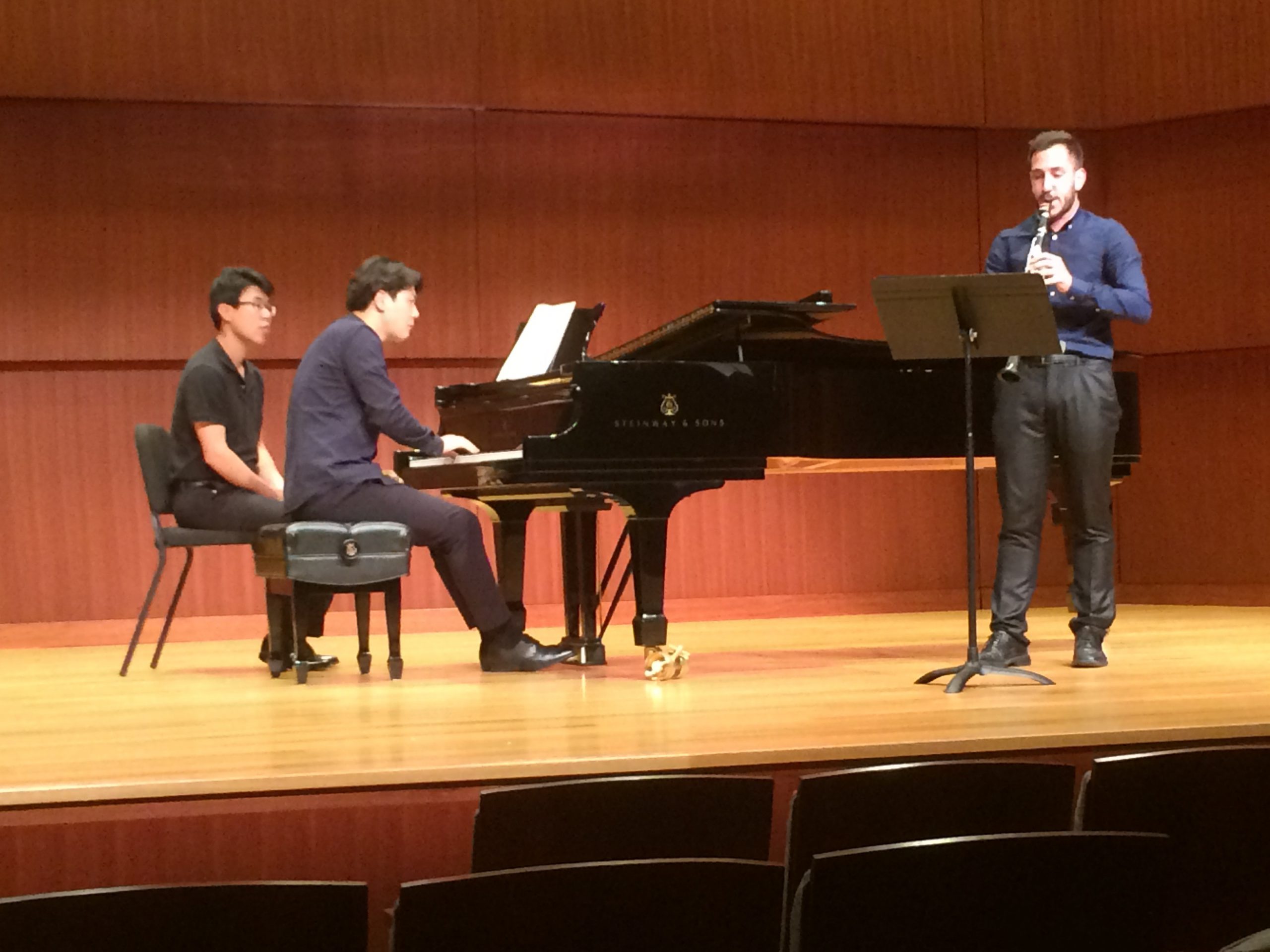 The ICA Competition Winners Recital took place Saturday, August 7 at 4:30 p.m. in Swarthout Recital Hall. John Warren, the coordinator of the High School Competition, introduced this year’s winner: Antonio Lopez, from Vila Real, Portugal. There were 30 tapes sent in for the competition, which the judges narrowed down to six finalists who competed in Lawrence. Lopez was also a finalist in last year’s competition in Madrid.

Lopez performed two works by Béla Kovács, Hommage à J. S. Bach and Hommage à M. de Falla, followed by Henri Rabaud’s Solo de Concours, all played from memory. It was clear from his performance that Lopez possesses a mature understanding of the complex part writing style of Bach, as well as a passionate musicality that was on display during the Hommage à M. de Falla. Lopez’s excellent technique was especially present in the Rabaud as he expertly navigated the treacherous waters of one of our most well-known works from the concours repertoire. Current ICA President Caroline Hartig, the coordinator of the Young Artist Competition, announced this year’s winner: Joao Paiva, from Portugal. He was one of 36 entrants, from twelve different countries. Paiva gave a stunning performance of Arthur Benjamin’s Le Tombeau de Ravel, playing with impeccable technical control. His dynamic range was notably impressive, his sound alternating between a heartfelt whisper and a strident, bold sound that filled the hall. It was especially his sensitive communication with the pianist that took his already excellent playing to a deeper level and made for a memorable recital.

Congratulations to the winners of the 2016 ICA Young Artist and High School Competitions!