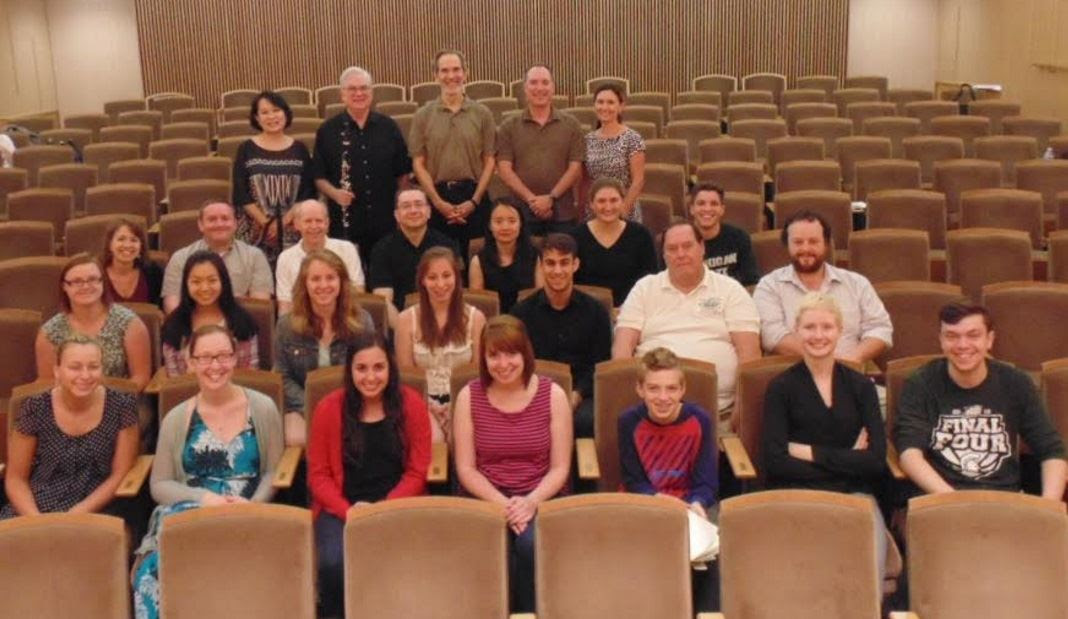 The next three mornings began with “Breathing and Stretching” and group warm-ups led by Yehuda, Oshima, and Webster. Buyse and Webster offered presentations entitled “Owning the Stage” and “Brahms: Appassionato or Amabile?” The students performed in masterclasses and student recitals featuring repertoire both standard and unusual. All of them were open to trying new approaches offered by the faculty; without exception, the recital performances showed confidence and growth. Guy and Tasha Warren Yehuda opened and closed their recital with the Mendelssohn Koncertstücke, the basset horn parts played elegantly by Tasha, accompanied by Genadi Zagor. In between, we were treated to some music not often heard: Bach/Langenus: Chromatic Fantasy; Mordecai Seter: Monodrama; Bernstein: Riffs; Shulamit Ran: For an Actor; and Anders Hillborg: The Peacock Moment.

Ramon Wodkowski gave his mouthpiece lecture on Saturday, followed by helping students with individual mouthpiece problems or requests. Students flocked to him like the Pied Piper and he arranged to extend his stay to Sunday to honor the many requests. The traditional “Round Table” discussion allowed the students to lead a discussion of questions and topics that had come up during the master classes with the faculty answering questions, offering opinions, and helping to solve problems. The students bonded together in a short time and added an impromptu clarinet choir performance of a Mozart Rondo and the Clarinet Polka to the final student concert.

Information on Clarinetopia 2017 will be available in September at clarinetopia.com.