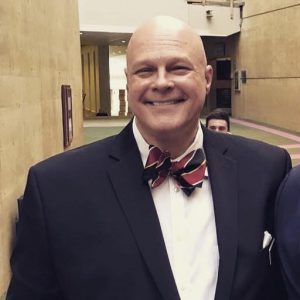 The ICA is saddened to learn of the passing of Dr. Randall S. Paul, chair of the Wright State University School of Music, located in Dayton, Ohio. He passed away on August 19, 2018. Prior to becoming chair, Paul served as WSU’s clarinet professor for many years and was highly regarded as a performer and educator. Paul studied at Jacksonville State University, Ithaca College, the College-Conservatory of Music in Cincinnati, and at The University of Oklahoma, where he received his Doctorate in Clarinet Performance.

Paul frequently performed at festivals, including ClarinetFest® and Oklahoma Clarinet Symposium, and had over 20 years of professional regional orchestra experience, performing with groups such as The Utica Philharmonic (NY), the Dayton Philharmonic, and the Oklahoma City Philharmonic. His students have gone on to teach at many schools in the Dayton area and beyond, and his 2010 book Successful Strategies for Clarinet Reed Making-Including a Step-by-Step Process is widely regarded as an excellent resource on the topic of reed making. The ICA would also like to recognize Paul’s contributions to the organization through his scholarship and time serving as the Ohio state chair.

A tribute to Paul will occur in an upcoming issue of The Clarinet.