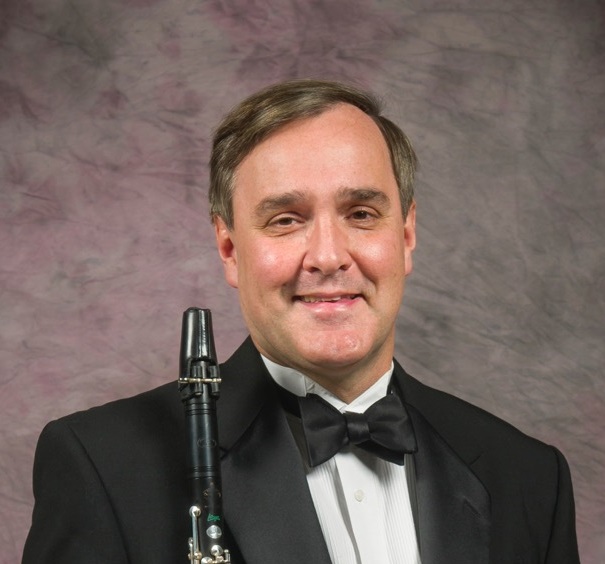 Tod Kerstetter is professor of music at Kansas State University in Manhattan, Kansas, and serves as clarinetist with its resident Konza Wind Quintet. A member of the International Clarinet Association since 1984, Kerstetter has been a frequent performer at its annual ClarinetFest®, including conventions in Assisi, Italy (2013), Baton Rouge, Louisiana (2014) and Madrid, Spain (2015). In 2008 he was a featured recitalist at the University of Oklahoma Clarinet Symposium.

A highly experienced orchestral musician, he has performed on B-flat, E-flat and bass clarinets, as well as saxophone with several professional ensembles, most notably the American Wind Symphony, Charleston Symphony, Evansville Philharmonic, Kansas City Symphony, Nashville Symphony, Savannah Symphony, Topeka Symphony, and Filarmónica del Bajío of Guanajuato, Mexico. A regular soloist with the Kansas State University Wind Ensemble, he has been featured with the group at major national and regional venues, such as those hosted by the National Association for Music Education and the College Band Directors National Association. He also appears frequently as a jazz artist on both clarinet and saxophone.

An advocate of new music for clarinet, Kerstetter has been involved in many recent commissioning projects, including compositions by David Maslanka, Scott McAllister, Mauricio Murcia, Kevin Walczyk, and Craig Weston. An active arranger and editor, he has published editions in the catalogs of Alry Publications, Carl Fischer, and RM Williams Publishing. He also co-authored a clarinet pedagogy textbook with Robert Chesebro, professor emeritus of Furman University, titled The Everyday Virtuoso, published by Woodwindiana, Inc., of Bloomington, Indiana.

Kerstetter holds degrees from Furman University, Indiana University, and the University of Georgia. He enjoys traveling and has performed extensively throughout Europe and in Mexico, Australia and New Zealand. He lives in Manhattan, Kansas with his wife, hornist Jacqueline Fassler-Kerstetter, and his two sons.