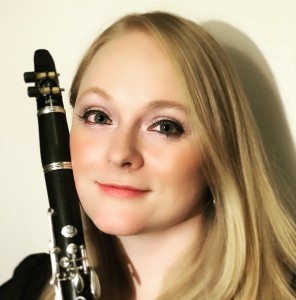 Jessica Harrie (she/her) is active as a freelance clarinetist and teacher in the Columbus, Ohio area. She has served the ICA in various capacities since early 2016 and now serves as the executive director of operations. She is a member of the ICA editorial board for submissions and also served on the Artistic Leadership Team for ClarinetFest® 2019, which was held in her hometown of Knoxville, Tennessee.

Outside of her solo performances, Harrie is a founding member of the Vier Vrienden Clarinet Quartet and the Mementos Trio (clarinet, cello and piano) and she works to promote music, both old and new for these ensembles. She is also a member of Coin Op. Studios, a video game music collective that has released eight albums of video game covers and original compositions. As part of her DMA research, Harrie founded the Clarinet Ensemble Music Wiki, a resource to help clarinetists and teachers select level-appropriate music for small to large clarinet ensembles. Harrie also released the mobile application, Clarinet Fingering Companion, which is available for free in the Google Play store.