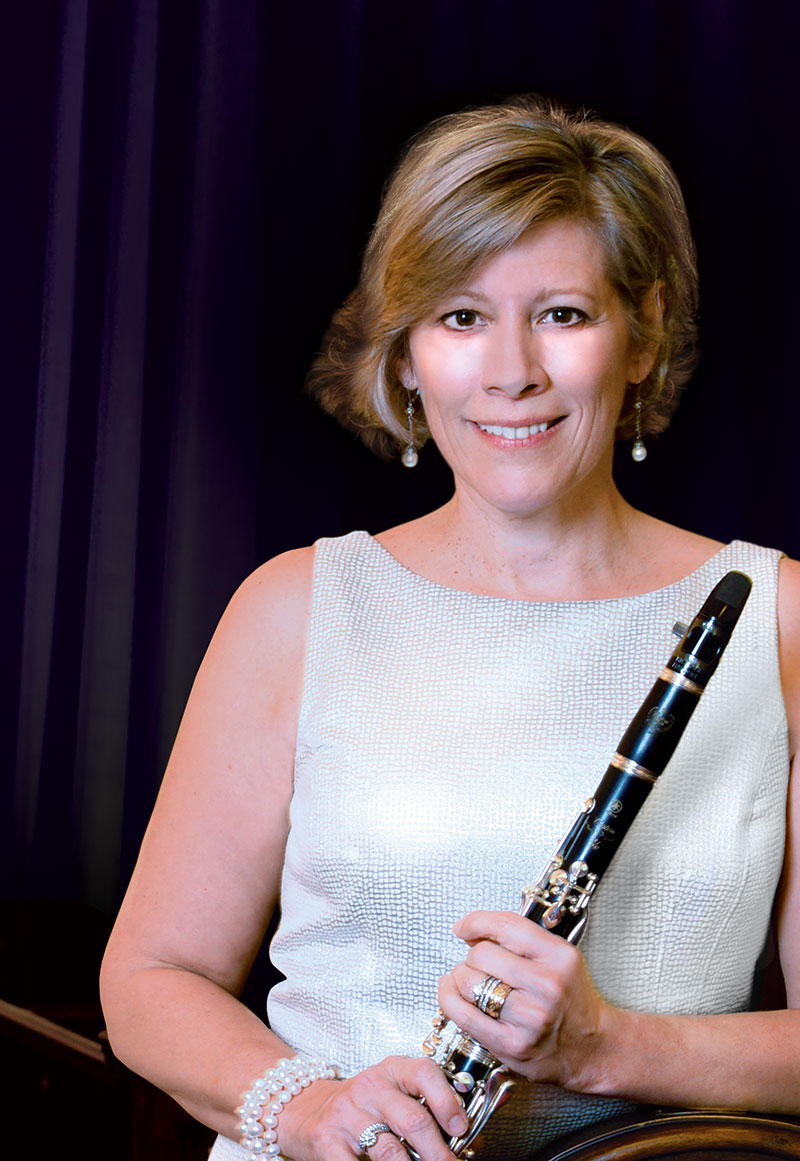 Julie DeRoche has had a rich and varied career as an orchestral and chamber music
performer, administrator, pedagogue and corporate consultant. A student of Robert
Marcellus and Clark Brody, she received her degree in clarinet performance from
Northwestern University in 1981. She has been a member of the clarinet faculty at DePaul
University since 1984, and in 1985 added the duties of Coordinator of the Woodwind
Department. In 2006 she was appointed Chair of Performance Studies, a position she held
until 2019.

While serving on the DePaul faculty, she has maintained an active performing career. For
nearly twenty years she performed regularly with the Chicago Symphony Orchestra,
joining them on tours of Asia, South America, Europe and the U.S.; appearing on several
of their recordings; and serving as acting full-time second clarinetist during the 2000-
2001 concert season.

Ms. DeRoche has performed frequently with the Chicago Chamber Musicians and
various other ensembles in the Chicago area, and has recorded hundreds of radio and TV
commercials. With Larry Combs, John Bruce Yeh and later, Wagner Campos, she was a
member of the Chicago Clarinet Trio, which produced two CDs containing a number of
pieces written and commissioned for the trio.

Throughout her career she has been highly involved with the International Clarinet
Association, serving as its Treasurer and President, and hosting the 1994 ICA
Conference. She is often heard in ICA recitals, provides master classes and has served as
an adjudicator for the Young Artist Competition.

Julie is a Yamaha Performing Artist and is active in that company’s educational outreach
programs. She has written articles for a wide variety of magazines and journals and has
just published her edited version of the J. B. Albert, 24 Varied Scales and Exercises (Carl
Fisher.)